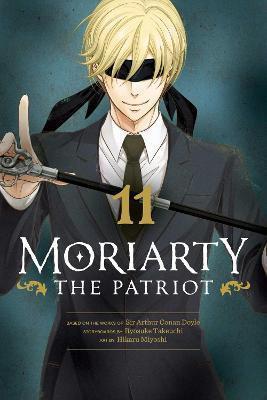 The untold story of Sherlock Holmes' greatest rival, Moriarty! Before he was Sherlock's rival, Moriarty fought against the unfair class caste system in London by making sure corrupt nobility got their comeuppance. But even the most well-intentioned plans can spin out of control-will Moriarty's dream of a more just and equal world turn him into a hero...or a monster? While there's never a dull moment at 221B Baker Street, things are about to get a whole lot more lively. Or rather...lovey? And that's because John has just announced to everyone that he is happily engaged to the lovely Mary Morstan. She has a very odd request for Sherlock, however-one that makes him question her true intentions. Or perhaps he's just jealous that Watson is being taken from him!