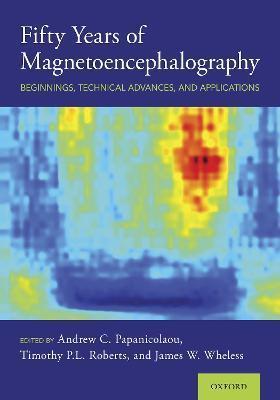 Fifty Years of Magnetoencephalography celebrates the first half century of research in and clinical applications of magnetoencephalography (MEG). It catalogs and documents its evolution as a means of imaging the ongoing activity of the brain and the activation of particular neuronal networks within it that mediate sensory motor and higher functions like language. The volume's first section looks at the discovery of MEG and its first tentative applications by three of its founders. The following sections detail the rapid progress in the development of the instrumentation necessary for recording noninvasively the magnetic signals on the head that are associated with the brain activity; improvements in the techniques for analyzing the magnetic signals and reconstructing, on their basis, the functional images of brain activity; and improvements in our understanding of the nature and significance of those signals. Subsequent sections of the book detail the main clinical applications of MEG in localizing brain areas that contain sources of epileptiform activity and areas encompassing parts of functional networks essential for motor and sensory function as well as for language that have become an essential part of planning for brain surgery in many epilepsy and tumor surgery centers around the world. In addition, several chapters describe the most current efforts aiming at expanding the utility of MEG in clinical diagnosis and theoretical research.