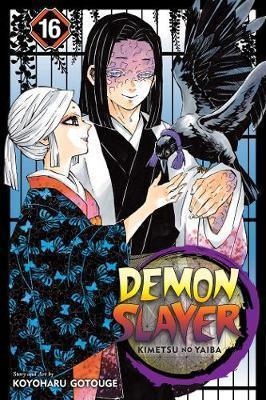 Tanjiro sets out on the path of the Demon Slayer to save his sister and avenge his family! In Taisho-era Japan, kindhearted Tanjiro Kamado makes a living selling charcoal. But his peaceful life is shattered when a demon slaughters his entire family. His little sister Nezuko is the only survivor, but she has been transformed into a demon herself! Tanjiro sets out on a dangerous journey to find a way to return his sister to normal and destroy the demon who ruined his life. Tanjiro goes to see the Stone Hashira, Himejima, who intends to prepare him for the battles to come. The training to become a Hashira-a high-ranking member of the Demon Slayer Corps-is intense and demanding, and earning Himejima's approval seems impossible, but Tanjiro won't give up! Meanwhile, the demon lord Muzan continues to search for the location of Nezuko and Ubuyashiki.