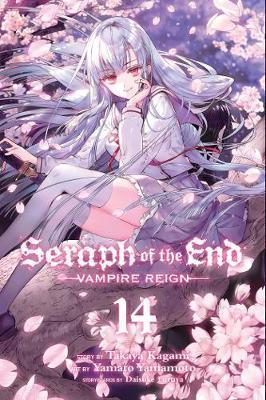 In a post-apocalyptic world of vampires vs. humans, Yuichiro brings vengeance upon his vampire overlords! After trumpets of the apocalypse proclaim the fall of humanity, vampires arise from the shadows to rule the earth. Yuichiro wants just one thing-to get revenge by killing each and every vampire. Ferid Bathory and Krul Tepes have been captured by the other vampire nobles and Shinoa Squad is forced to bide its time while the two vampires are sentenced to days of torture. And what better place to wait than in Ferid's own mansion in Osaka? Meanwhile, the Demon Army is gearing up for a coup in Shibuya, but Guren has a plan of his own that involves Yuichiro. The manga behind 2015's hit anime about a teenager who borrows demonic powers to reclaim the world from vampires.