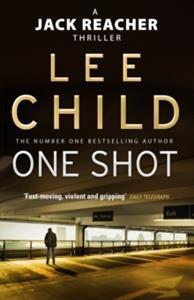 A heartland city thrown into terror. But within hours the cops have it solved. A slam-dunk case.

Apart from one thing. The accused gunman refuses to talk except for a single phrase:Get Jack Reacher for me. Reacher lives off the grid.

He's not looking for trouble. But sometimes trouble looks for him. What could connect the ex-military cop to this psychopathic killer?